The rumors were true: legendary Jedi master Obi-Wan Kenobi will be joining Fortnite starting this Sunday.

The official Fortnite channels made the announcement today, putting an end to weeks of rampant speculation and on-the-nose teases by the massive online shooter. He will pop up in the game’s in-game store on May 27, the same day the series will begin streaming on Disney Plus.

As you can see in the first official look at the character (pictured above), Obi-Wan comes with a set of items inspired by the show, including a backpack prepared for Tatooine’s harsh environments, a pick-knife of sorts, a unique emote, and his iconic ETA-2 Actis-class light interceptor, a vehicle we weren’t expecting to see included in the series’ promotional material. Could it be a tease, or is it just a simple comeback exclusive to Fortnite to give the Jedi master a fitting glider?

As usual, all those items will be available separately or as a pack. If you pick the latter, you’ll also get an exclusive loading screen which features Obi-Wan surrounded by Imperial-looking enforcers (who don’t seem canon-friendly at all): 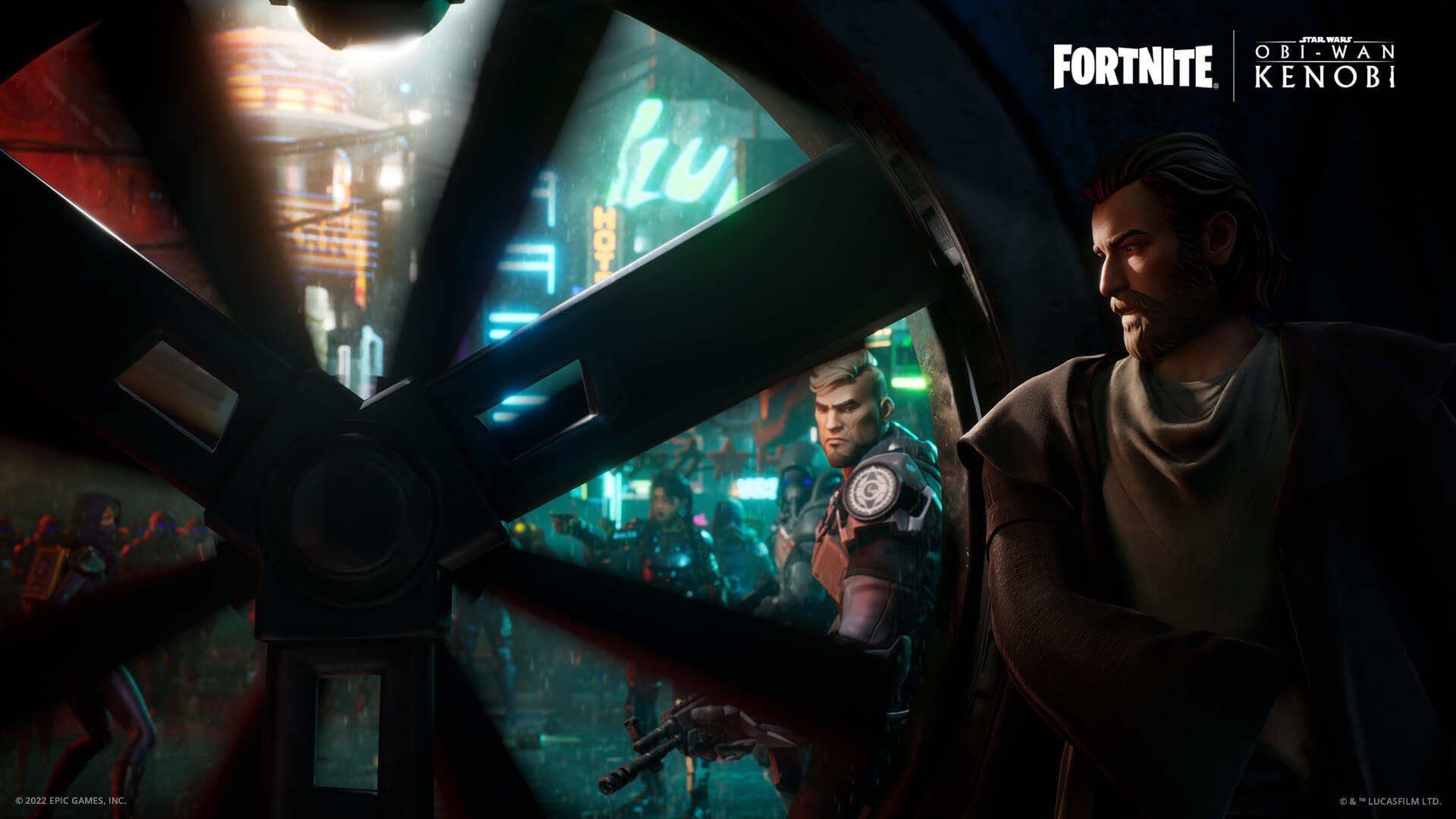 Additionally, the limited-time “Obi-Wan Kenobi Cup” will take place this Sunday, May 22. It’ll be a tournament of Duos (open to all players with a level +50 account) that will run for three hours — during that period, players will be able to compete in up to ten matches and accumulate score. The top players in each region will be awarded the full Obi-Wan Kenobi set ahead of the May 27 release in the store. Lightsabers and E-11 blasters are making a return for this tournament, by the way.

For the full rundown on the tournament, click here. May the Force be with you!

Francisco J. Ruiz is that guy who has watched Jurassic Park a thousand times and loves Star Wars. His hunger for movies is only matched by his love for video games. He graduated in English Studies from the University of Malaga, in Spain. As he keeps writing about what he enjoys (and doesn’t) for websites all over, he’s continuing his studies.