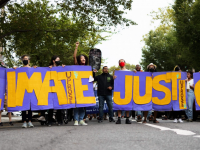 It has taken a very long time, but environmental justice has moved to the center of the environmental policy agenda. Here in New York City, the environmental justice movement spent decades fighting the siting of the North River sewage treatment plant in West Harlem. Having lost the siting battle, activists pushed to improve the treatment plant and reduce its environmental impact. They worked to design Riverbank State Park, a wonderful facility that sits on top of the plant. Percy Sutton and David Dinkins, and most of Harlem’s political establishment, fought the plant’s siting in Harlem. West Harlem Environmental Action, the predecessor of WEACT, and its visionary head, Peggy Shepard, partnered with NRDC and successfully sued New York City to minimize the negative impact of the plant on the Harlem community. The history of the plant and its siting is thoroughly analyzed in a terrific 1994 case study published in the Fordham Law Review and authored by environmental justice pioneer Vernice D. Miller (now Miller-Travis). Miller’s case study details the terms of New York City’s settlement with the Harlem community:

“In April 1992, the City and the DEP committed $55 million in capital funds to correct the design and odor problems at North River. In lieu of a fine to the State Department of Environmental Conservation, the City DEP also created a $1.1 million West Harlem Environmental Benefits Fund to be administered by a steering committee of community representatives. Through this fund, the community hopes to conduct a health risk assessment, a cumulative environmental impact assessment, independent monitoring of plant operations, development of urban gardens and safe play spaces, development of local green industries, and environmental science internships for neighborhood youth and students.”

The history of the plant’s siting is a case study in environmental racism as the site moved north from the middle of Manhattan’s west side to the northern part of the island as if by magic. But times are changing, and we now have a president committed to environmental justice, and the wheels of the mammoth federal bureaucracy are slowly moving to implement his vision. It began with a sweeping environmental policy executive order issued by President Biden on his seventh full day in office. Among other provisions, Biden’s order created an interagency environmental justice council and established a government-wide approach to environmental justice. According to the president’s order:

“Agencies shall make achieving environmental justice part of their missions by developing programs, policies, and activities to address the disproportionately high and adverse human health, environmental, climate-related and other cumulative impacts on disadvantaged communities, as well as the accompanying economic challenges of such impacts.  It is therefore the policy of my Administration to secure environmental justice and spur economic opportunity for disadvantaged communities that have been historically marginalized and overburdened by pollution and underinvestment in housing, transportation, water and wastewater infrastructure, and healthcare.”

Last week, as part of an effort to implement the executive order, the Justice Department and EPA announced a joint effort to file charges against polluters who are impacting low-income communities. There is a great deal of evidence that communities of color and low-income communities are more exposed to pollution than wealthier communities. That is coupled with inadequate access to health care. Wealthy people are better able to avoid pollution and, when exposed, are better able to treat health impacts. Childhood asthma is a common example of this. A child living in poverty may not be able to access the inhaler and other medications that prevent and minimize asthma attacks, and the condition may well worsen as the child ages. For a child with better access to health care, asthma may be a childhood ailment that they are able to leave behind as they grow older. Writing in the Washington Post last week David Nakamura and Darryl Fears observed that:

“Experts have said neighborhoods with higher concentrations of racial minorities and the economically disadvantaged are more likely to suffer health problems caused by environmental pollution or degradation. A report last month said 45 million Americans are breathing dirtier air because of racial redlining. The March study found that compared with White people, Black and Latino Americans live with more smog and fine particulate matter from cars, trucks, buses, coal plants and other nearby industrial sources, in areas where disadvantaged populations were concentrated because of housing discrimination.”

In addition to the effort of the Justice Department and EPA to enhance enforcement, the Biden administration has allocated substantial funding from the trillion-dollar infrastructure bill to pay for environmental infrastructure such as lead pipe replacement in low-income communities. While the Biden team is committed, opposition from some Republican governors presents significant challenges. According to Nakamura and Fears:

“…the administration has yet to spell out how it will deliver hundreds of millions of dollars to communities in states with Republican governors who are opposed to its mission. Activists on the ground in states such as Louisiana, Alabama and Texas have said they doubt they will ever see such funding.”

“Jalonne L. White-Newsomean an academic who has worked in government and with grass-roots activists, was selected to be the Council on Environmental Quality’s new senior director for environmental justice. She will replace Cecilia Martinez, who said that working 14-hour days nearly seven days a week for more than a year had worn her down… Mallory oversees an agency with only six workers devoted to environmental justice. Members of the council say at least 50 staffers are needed, along with more funding that the administration’s climate leadership, including National Climate Adviser Gina McCarthy, has not produced.”

Getting on the policy agenda is a necessary but not sufficient condition for producing the organizational outputs required to change environmental outcomes. It is difficult to generate the resources needed to staff environmental programs of any kind, and new priorities such as environmental justice must compete for resources with long-established programs. There is a great deal more work to do, and being a high priority for a president with a 40% approval rating is far from reassuring. But the past year and a half has seen more progress in Washington than we have ever seen before.

As important as federal money and federal policy are to environmental justice, the real battles will continue to be at the local level and fought by community activists seeking to protect their neighborhoods and families. The intensity and stakes of these conflicts are high. When I was in graduate school in Buffalo, I saw this close at hand as the residents near the Love Canal saw toxic waste stream into their basements and backyards. At Love Canal, the neighborhood association and its highly effective leader, Lois Gibbs, fought for years before achieving environmental remediation and restitution. Lead pipes in Flint, Michigan, and deadly poisons throughout America are more common than we like to admit. This is particularly unjust when overall, our air and water are cleaner than they were a half-century ago.

We have begun the transition to an environmentally sustainable economy, but we are doing this in the face of the growing gap between America’s rich and poor. The concept of a Green New Deal provides a mechanism for using that transition to help close that gap while protecting the environment. In New York City, Mayor Adams has elevated the priority of environmental justice and appointed a new chief climate officer, Rohit Aggarwala. Adams also combined a number of units into a Mayor’s Office of Climate and Environmental Justice, which is led by Kizzy Charles-Guzman, who reports to Aggarwala. In Washington and here in New York City, we see evidence of a real desire to address issues of environmental justice. We won’t know for a while if these words will be transformed into deeds, but as always, I remain optimistic. Environmental justice delayed has long been justice denied, but it is never too late to do better.